Happy Thanksgiving everyone. We are enjoying the day in our new apartment at Fox Hill Village. Finally - Hooray! More about that later.

Yesterday, we went to Dana Farber - got there at 9:00 and left at 4:00 and did not get treatment. Apparently, the blood from the first lab draw had coagulated, so they had to redraw (which of course meant stabbing me again). When that result came back, my phosphorus was too low. I didn't even know that I HAD phosphorous. Anyway, they made me eat yogurt and drink milk and Coca Cola. Then they drew more blood and tested that - to find that the phosphorous level had not changed, so they kicked me out and told me to come back in a week.

What this means is that I will end up having two weeks of "break" instead of one week. It will be interesting to see what the numbers look like after this longer break. Meanwhile, the numbers we have so far from yesterday look pretty good - in that they are down slightly. 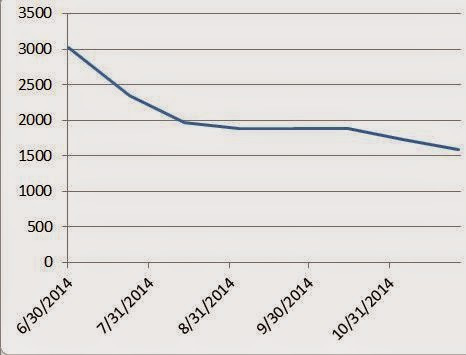 I have been feeling pretty good during this last cycle. Still tired, but not as tired as I had been. Foot bottoms are still pretty numb - and might be getting worse. They are doubling up on the drugs they are giving me to combat this. These drugs sometimes make me dizzy. Next maybe they will give me something for the dizziness. And that will probably cause some other side effect and then they will give me something else to combat that and so on.

But enough about cancer and its treatment. I would rather talk about moving back into Fox Hill. We have been coming down here and staying in the guest suite when it is available. That has been a real pain; it felt like we were moving twice a week. Now that we have our own place, we can come and go as we want and we plan to have New Hampshire stuff and Massachusetts stuff - which means No More Moving.  The apartment came out very well and we are very happy with the result. The first thing I did was to set up my office and get the internet working. Barbara  has spent the last few days organizing her shoes. She also spent a little time on the kitchen. This has been taking a long time because, for reasons that I do not understand, every dish, pan, glass and item of silver has to be rewashed before it can be placed. Fortunately, we have the same kind of dishwasher that we have in New Hampshire, so we already know how to work it. We can't say the same for the other stuff. It took me 10 minutes to figure out how to heat water on the stove top. On Monday, we will call MIT to see if they offer courses on how to operate the washer and dryer.

Here are a couple of photos: 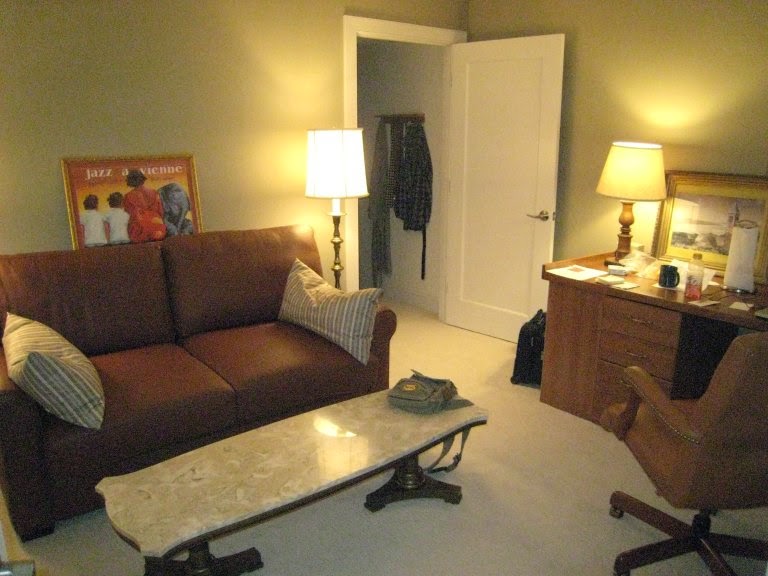 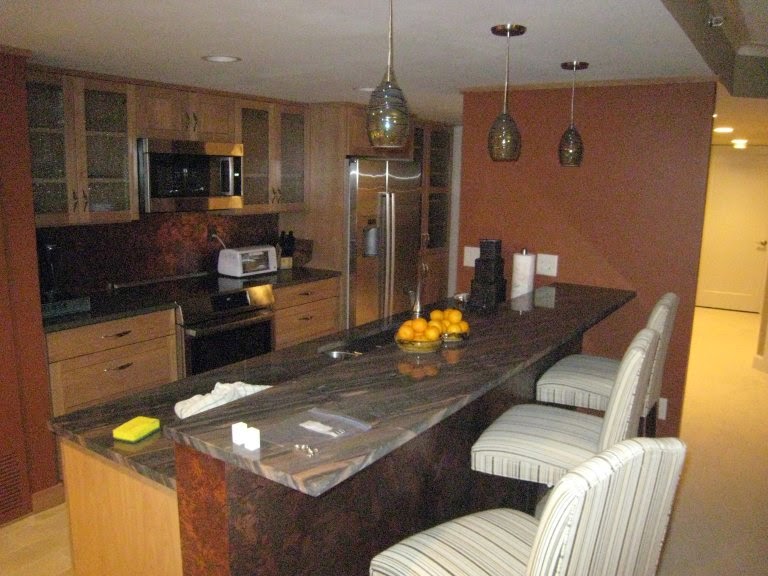 Since we will be seeing the doctors again next week, I will try to do another blog update then.

Meanwhile, I am supposed to load up on stuff that is high in phosphorous.  I looked phosphorous up on Wikipedia and found that it will glow in the dark and that it is used for incendiary bombs and matches. Looks like I will be staying away from open flames for a while.