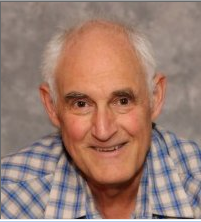 Lots of stuff to report

The last couple of months have been difficult. Normally, I try to report things in a positive way. I am hoping that I will be able to do that next time. But after holding off for several weeks, I guess there is no way around this. But I did promise to keep people informed, so here goes.

Barbara points out that there is a LOT of information here. But let's remember that the reason for this blog is so that people can "read all about it" in one place. That way, when we get together face to face or by phone, email, blog or Zoom, we can talk about the fun stuff rather than the medical stuff.

First of all, my primary Chemo Drug, CC-220 has stopped working. No surprise there - we always knew that it would not work forever. We got 20+ cycles out of it - a good year and a half. Not bad. They have other things they can try. Not sure what those will be. They have been talking about lots of treatments, each with two names, none of which makes any sense to me. I think they will all require some additional pills - maybe shots and IV drips as well.

Medical Issue #2 is some cardio stuff. I get out of breath very easily - like after a single flight of stars. They sent me to a cardiologist. He prescribed some pills for my atrial fibrillation. Taking them made me feel sad. I don't want to be sad all the time, so I stopped taking them. Instead, I started using the pill-in-a pocket approach. When I experience an episode of the atrial fibrillation, I take one of the pills and that makes the fibrillation go away within a few hours. Since this fibrillation happens only rarely - about once a week max, I think this is what I will do. Besides, I also have a feeling that it is a side effect of the CC-220. We will see what happens after I stop the CC-220. By the way, the "treatment" for Atrial Fibrillation is blood thinners to prevent strokes, I am already on blood thinners, so there seems to be nothing more that can be done.

The other new thing is that I get out of breath very easily. I don't know what is going on there. I visited the cardiologist last week. He gave me an EKG. He had nothing to add as a result.

Medical Issue  #3 is intestinal blockages. This has happened 3 times, total. I know I have these since they come with a terrible stomach ache. Twice, I ended up in the ER and one time, they admitted me to the hospital for a couple of nights even though the blockage cleared in a few hours. I have learned that once they admit you to the hospital, they don't want to let you out - sort of like you are caught in a bear trap. After the hospital, I had to go onto a clear liquid only diet for a few days. Fortunately, gin and tonic are both clear liquids. Again, I blame CC-220 for these problems, even though the doctors tell me that CC-220 does not cause this. Fortunately no additional pills for this one.

I don't blame CC-220 for Medical Issue # 4. This started with the dermatologist operating on my ear to remove a Basal Carcinoma. No big deal, right. I was in and out on a Monday morning. Meanwhile, I made an appointment for that afternoon with my Primary Care doctor - whose office happens to be next door in the same medical building. Halfway through my appointment with my PCP, he announced, "You're bleeding. You are bleeding a lot." He loaded my up with paper towels and I headed to the dermatologist next door. By this time, there was blood dripping onto my shoulder and thence to the floor. Created a bit of a stir. They are not used to having bleeding "walk-ins". Not being squeamish, I thought it was pretty funny. The dermatologists  fixed me up and I was on my way. They even washed my shirt. At least we know that they have a backup business if the whole dermatology thing does not work out. (Skin Care Physicians and Laundry?)So, was it bad luck that this happened or good luck that it happened next door to the dermatologist?

If only that had been the end of it. The ear is still bright red, very swollen, and rather painful. I think it is infected but what do I know. Today, I noticed that the ear is not quite as red as it had been. Perhaps it is finally getting better. Perhaps the ear is getting ready to fall off. I put a call into them and they are prescribing more anti-biotics (yet again more pills)

The next issue is very strange. A week or so ago, I noticed a numb spot on the right side of my chin. It did not bother me much, since it was just a numb spot. Since then it has gotten larger and it has also gotten rather painful - it sometimes burns fiercely. My PCP now attributes this to a bout of shingles. If that's what it is OK. I can deal with a little bit of discomfort. And Yup - you guessed it. More pills.

Every time you go to a doctor, they prescribe more pills. On Wednesday, I counted 26 pills, though this is more than most days. 21 is more typical.

But other than that stuff, I am in pretty good shape. Oh - yeah. I still have the leg cramps and the numb feet and the diarrhea, but I am used to that stuff and it does not bother me much.

At least my liver seems to be OK. That is something, right? And I think my spleen is OK as well. At least a few of my internal organs seem to still be working OK.

I have found time for some of my normal workshop activities. I am repairing a trailer. I bought this thing many years ago. I decided it needed repair when I was walking in the bed of the trailer and next thing I knew, I was walking on the pavement under it. Barbara suggested a coat of paint and a pack of matches. 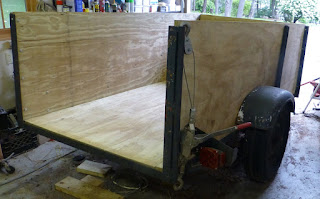 I stripped the wood from the bottom and sides and removed the old bolts that remained. They were rusted on and I had to use a cutting wheel. This took hours. I bought wood for the base and sides. That is when I learned that the price of building materials had doubled. But no worries. I figure that when I finish, I will have a nice trailer for not much more than it would have cost me for a much nicer brand new one. At least it kept me out of trouble.

So that's the way it is. Hopefully, there will be more good stuff in the next report.

Posted by Warren at 8:28 AM No comments: